If you’ve been following my travels recently, you’ll know that I went to Taiwan TWICE this year! I created a bunch of videos from my time there, including How Taiwan Dates, The Convenience Store Country, and even got to interview the president of Taiwan! 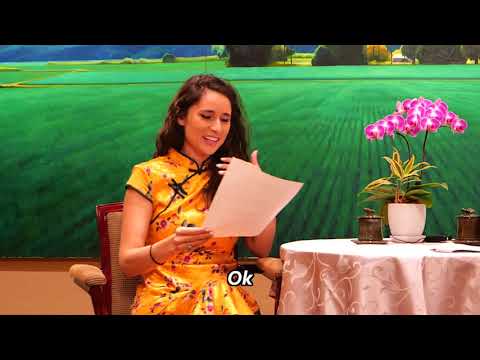 One of the interesting stories I learned about while visiting Taiwan’s central city of Taichung, was about the Rainbow Village. This village for veterans was scheduled to be demolished until one of its inhabitants took the situation into his own hands (literally!) He grabbed a paintbrush and started painting brightly colored images all over his own house, then later his neighbors’ houses and even the alleyways.

This Rainbow Grandpa as he’s now known is almost 100 years old, but his actions saved the village, and it now attracts 1 MILLION tourists per year! Check out my video below! 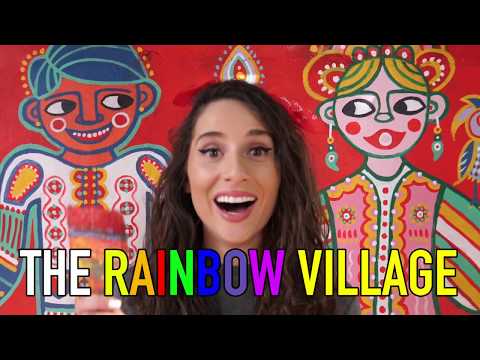 Now, the Rainbow Village has gone global, inspiring the Taiwan Tourism Bureau’s booth at The New York Times Travel Show! They have taken real photos of the artwork painted on the buildings and printed it onto a 3D replica made out of recycled cardboard!

On the other side of the booth is a landscape inspired by Taiwan’s beautiful mountain ranges, echoing Taiwan Tourism Bureau’s 2020 theme – Year of Mountain Tourism, which highlights the broad range of unique natural landscapes, flowers and ANIMALS that can be seen in Taiwan.

At the booth, you’ll also have the chance to see some Taiwanese aboriginal dancing – Did you know there were aboriginal people in Taiwan?!

If you live in or near New York, I urge you to go check out the Taiwan booth, not just for all of the above, but because by visiting the booth you can enter a lucky draw to win a return flight to Taiwan and discover this great country for yourself!

You can find details of Taiwan’s booth at this and future events by visiting ​www.taiwan.events If you do pop by the booth, make sure you say “​Ni hao​ from Dear Alyne!”

What I Learned From My Experience At The Dear Alyne Retreat

Unique Things To Do In Paris!